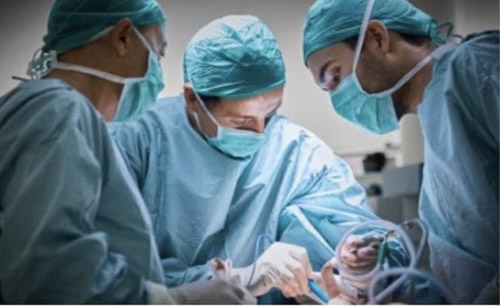 There has been a long history of human beings aiming to succeed in self-improvement since the beginning of time. This may explain why plastic surgery could possibly be one of the world’s oldest healing practices. It has been documented that over 4,000 years ago, facial injuries were corrected with surgical means. As early as 800 B.C. Physicians in Ancient India used skin grafts to reconstruct the body. Overall progress in plastic surgery, like most medicine, was slow over the next few thousand years, as techniques used in India were introduced to the West and then subsequently refined and adapted for new applications. However, there was progress made in medicine during the Greco-Roman period, and that progress was documented in ancient texts which were disseminated over time throughout civilization. However, Reconstructive Surgery was first introduced in medicine during the First World War in 1917 by Surgeon Harold Gillies, as there was an increase in drastic facial injuries due to the War. This urged Surgeon Harold Gillies to come up with a new method of facial reconstructive surgery. Because of his great discovery, his works marked the dawn of plastic surgery as we know it today.

What is Reconstructive Plastic Surgery, and why is it done?

A brief explanation of how Reconstructive Plastic Surgery advanced over time

Over the last few years reconstructive plastic surgery has been a game changer in the medical world. Especially when exploring the fact that reconstructive surgery first started off as skin grafts in ancient India to reattaching limbs. Here is a quick overview of how reconstructive plastic surgery has advanced over time. Reconstructive plastic surgery was used to enhance what was already there, or to solve common defects within people, but when people started to understand what you could really do with reconstructive plastic surgery, that was when cosmetic surgery was born. People started to understand that you could not only enhance your looks, but you can also change them.
Plastic surgery has become synonymous with the quest for youth and beauty, albeit with varying degrees of success. But the field has, for centuries, been driven by medical necessity — and it has nothing to do with plastic. The discipline derives its name from the Greek word “plastikos” — to mold or give form. And while the idea of perfecting yourself surgically is a relatively recent phenomenon, there is evidence of reconstructive surgery going back to antiquity. The oldest known procedures appear in an ancient Egyptian medical text called the “Edwin Smith Papyrus.” Thought to be an early trauma surgery textbook (and named after the American Egyptologist who purchased it in 1862), the treatise contains detailed case studies for a variety of injuries and diagnoses. As well as showing how the Egyptians treated wounds and bone fractures, the papyrus revealed a suggested fix for nasal injuries: manipulating the nose into the desired position before using wooden splints, lint, swabs and linen plugs to hold it in place. The Egyptians occasionally used prosthetics, too: In 2000, an ancient mummy was found to have a prosthetic toe that may have aided the woman’s walking, according to researchers who tested replicas of the toe on modern-day volunteers. Whether these procedures can be considered types of plastic surgery is a matter of historical debate, according to Justin Yousef, whose research on the topic was recently published in the European Journal of Plastic Surgery. It is in India, in fact, that historians have found “the first description of reconstruction proper,” he said in a phone interview. By the 6th century B.C., physicians in India were carrying out procedures not dissimilar to a modern-day cosmetic rhinoplasty. In a detailed compendium called “Sushruta Samhita,” the Indian physician Sushruta — who is sometimes called the father of plastic surgery — outlined a remarkably advanced technique for skin grafts. As in Egypt, the procedure involved repairing noses. But according to Yousef, patients’ motives were, in a sense, cosmetic.

Reconstructive surgery is a technique that heals your body after an illness or injury or repairs birth defects. It not only heals your body, but also gives you comfort so that you feel comfortable in your own body. Some of my Fav reconstructive procedures to watch in my spare time include, face reconstruction, hand reconstruction using skin graphing techniques and breast reconstruction using harvesting sites on the body. When watching videos, where people was either born with a defect that didn’t allow them to live comfortably, or whether they developed illnesses or was in an accident, I find it fascinating to see how much reconstructive surgery is able to change people’s life for the better.

Here is a life-saving Reconstructive Plastic Surgery that was performed on a 20-year-old from Tanzania, performed by Neuroplastic Surgeon Chad Gordan and neurosurgeon Judy Huang at John Hopkins Hospital.

Life-saving surgery in Tanzania after a two-story fall left Dennis, then age 20, alive, but with 45% of his skull missing. Stalled in his recovery due to incomplete wound healing and underlying bone infection, Dennis turned to Johns Hopkins neuroplastic surgeon Chad Gordon and neurosurgeon Judy Huang, who devised a two-surgery approach. The first procedure addressed the infected bone segment that was causing severe deformity, and the second offered a transformative solution: a custom implant to shape Dennis’ head, replace the missing skull and protect his brain. Now fully healed, Dennis can play soccer and return to school.

What are some of the disadvantages of having Reconstructive Plastic Surgery?

When thinking about having Reconstructive Plastic Surgery, it is very important to keep in mind that there are risks involved, just like any other procedure, operation or surgery. Some of the Risks include:
Infection, Risk of Death, Excessive Bleeding, Bruising, Difficulty in wound healing, anaesthesia problems, surgery problems, patients being dissatisfied with their results.
Studies have shown that those who have undergone Reconstructive Plastic Surgery some of the complications may increase if a patient.
Smokes, has connective tissue damage, has decreased circulation at the site of the surgery, has HIV (Human immunodeficiency virus), has impaired immune system, has poor nutritional habits.
If you do worry that you are feeling discomfort with the surgery site, please do consult your doctor.

What can we expect from Reconstructive Plastic Surgery in the future?

Some things in the future of plastic surgery are relatively easy to predict such as an increase in popularity of aesthetic surgery and, which procedures will set the pace. When we look at new technologies and advancements it’s more difficult to forecast what will become mainstream in the future. What is certain though, is that plastic surgery will continue to develop and be shaped as new advancements and innovations are introduced and accepted. Cosmetic surgery trends indicate that the demand for plastic surgery will continue to grow as it becomes more advanced, less invasive and more affordable. New technologies and innovative techniques will be pioneered to improve the quality of procedures even further. In today’s world, many people want to look and feel their best. Plastic surgery can help achieve this and delay the ageing process. In the future this desire to look young and attractive may become even more commonplace as people work and live longer. There are some plastic surgeries that can be predicted to continue in their popularity. For example, the number of liposuction procedures being performed is growing in the UK and US. As obesity and overweight levels are increasing in these populations it’s reasonable to predict that liposuction will remain a top plastic surgery procedure for the foreseeable future.
Now and in the future, it’s thought that the trend is for natural and incremental plastic surgery changes. Non-surgical treatments have also become more popular over recent years and it’s expected for this to carry on. Patients will continue to combine these procedures and seek completely non-invasive options to manage their facial ageing and to provide them with the body features they desire.
Stem cell technology is an exciting concept for plastic surgeons. Stem cells can be harvested to regenerate cells and tissues in the human body. In the future stem cell technologies may be combined with tissue engineering to grow new body parts as required. These structures such as skin and ears will be grown in the laboratory and implanted to restore form and function.
Stem cells could also potentially be re-injected into areas as a filler that is more compatible and longer lasting than current fillers.
Areas where research is currently being undertaken include:

A patient’s extra fat tissue can be transferred and regenerated in other parts of their body. This revolutionary technique has been used in plastic surgery on the breasts, buttocks, face and hands. However, this is currently only an option for patients who have sufficient fat on other areas of the body.
Stem cells can become any type of tissue such as fat and it may become possible to grow significant amounts of the patient’s own fat in the laboratory that can then be transferred to their breasts, buttocks, or other areas. One day this could make implants a thing of the past.
Treatments may be developed to modify programmed cell death, the breakdown of collagen and other skin and soft-tissue changes that cause people to develop an aged appearance.

There are already some radical new techniques for fat reduction that don’t require incisions. Current procedures and those in the pipeline include fat-freezing and fat-burning that will destroy fat cells and allow problem areas to be specifically targeted.

In the last decade, the number of procedure types has increased. It’s expected that plastic surgery options will continue to expand allowing for more bespoke treatments.
There is an increased in how individuals react differently to certain treatments or products. In the future, individual cosmetic treatments may be tailored by specific patient profiles to achieve the best possible results and it may be possible to determine if a patient will scar more than another patient.
The future of plastic surgery is certainly a fascinating and exciting area.

Conclusion:
In conclusion, reconstructive surgery is the new method for enabling people to live freely in their own skin, however, it comes with an additional element of risk as all surgeries include some degree of risk. Reconstructive plastic surgery, on the other hand, enables people who have had birth deformities in the past to live their lives without worrying about how they look. Having said that, I expect to see a lot more people striving to change medicine in the future, no matter what obstacles they face. There is always a method as long as we can find the solution, whether it be now or in the near future.

© COPYRIGHT: This article is the property of We Speak Science, a non-profit organization, co–founded by Dr. Detina Zalli and Dr. Argita Zalli. The article is written by Yasmine Ben Salmi, an author, speaker, motivater.