We Speak Science Organization
Home Who We Are 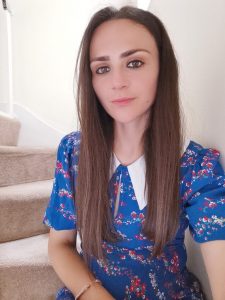 Dr Zalli earned her PhD in University of Leicester, UK. Her research focused on NIMA (Never In Mitosis Gene A)- Related Kinase 8 mutated in the human cystic kidney disease nephronophthisis. Dr Zalli carried her postdoctoral research training at the Harvard School of Dental Medicine where she focused on podosome patterning in Osteoclasts and Bone Resorption In Vivo and In Vitro. Following her postdoctoral training at Harvard, Dr Zalli worked as lecturer where she directed multiple courses for graduate students in cancer cell biology in collaboration with world-class scientists in cell biology.  She was also the director of Advanced Graduate Preclinical and Clinical Research Seminar and the director of Biotech Journal Club. Influenced by the President of United States, Barack Obama, at Harvard, Dr Zalli joined Harvard Professional Government where she led multiple important events such as Harvard Lectures That Last and Harvard Leadership Conference. Dr Zalli later moved at the University of Oxford where she was the academic lead for MSc course in Precision Cancer Medicine and collaborated with Nobel Prize Winners.  Dr Zalli is also the Co-founder of We Speak Science, a non-profit institution, the aim of which is to increase awareness of science and medicine in the USA and Europe. Through We Speak Science, Dr Zalli co-founded the charity called “Aferdita Ime”, in collaboration with other world-class oncologists and scientists whose aim is to help cancer patients through psycho-social support and counselling. 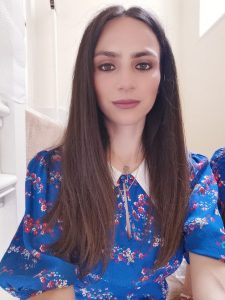 Co-founder and Chair of We Speak Science

Dr Zalli earned her PhD in University of Birmingham, UK. Her research investigated the effects of β2 agonists on the immune function with the view to better understand  how stress affects the ability of the cytotoxic cells of the immune system to fight infection. Following her PhD, Dr. A Zalli carried her postdoctoral research training at University College London, where she published a number of high impact scientific journals in the field of psychobiology whilst collaborating with world leading scientists including a Nobel Prize Winner. Whilst conducting scientific research, Argita also worked as a lecturer as she designed, taught and directed a number of biomedical sciences courses for medical students. Argita was awarded UCL medical students’ top teaching award for the neuro-immunology course she designed, delivered and directed. After completion of her first post-doc training , Dr. A Zalli moved to Imperial College London, where she conducted medical research in the field of Haematology. Her passion for higher education teaching led  Dr. A Zalli  complete her MSc studies in University Learning and Teaching in Imperial College London, whilst working full time and being a Mum. Over the past couple of years Dr. A Zalli has focused on teaching and pedagogical training of university teaching staff and she is currently a teaching and learning specialist lead in the Faculty of Medicine , clinical years. Dr  A. Zalli is also the co-founder of We Speak Science, a non-profit institution, the aim of which is to increase awareness of science and medicine in the USA and Europe. Through We Speak Science, Dr A. Zalli co-founded the charity called “Aferdita Ime”, in collaboration with other world-class oncologists and scientists whose aim is to help cancer patients through psycho-social support and counselling. 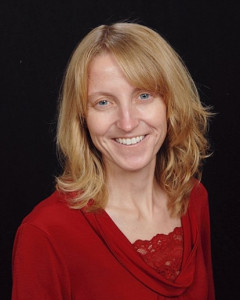 Consultant of We Speak Science

Dr. Lisa M. Miller serves as Professor of Health Sciences with American Military University in addition to providing consulting services to The Harvard Leadership Conference.  She graduated with a Masters in Labor and Human Resources from the Fisher College of Business at The Ohio State University following the completion of a Bachelor of Science Degree in Psychology. She then earned a Ph.D. in Sport and Exercise Management with a specialization in Counseling and Sport Psychology in addition to a concentration in Research on Human Development. She also completed a concentration from Harvard in the Divinity School for Education and Religious Studies. Dr. Miller has been a college professor for over 10 years in addition to keeping an active research agenda and serving on several executive boards. 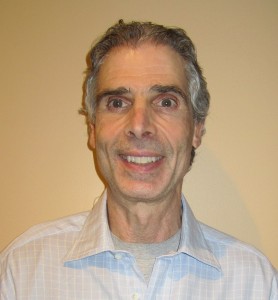 Consultant of We Speak Science

Graduated from University of Toronto in 1977 with BSc then attended U of T for dentistry and graduated with DDS in 1981. Did a General Practice residency at Toronto General Hospital graduated 1982. Worked in both private practice and large clinic practice for 33 years. Was clinic administrator for 5 years 2008-2013. Affiliated with the University of Toronto admissions committee and endodontic department 2010-2013. Currently a 3rd year resident at HSDM in endodontics. Married 28 years with 3 children and enjoy squash and skiing. 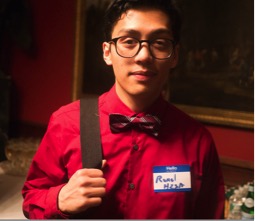 Ramel Racelis is the Strategic Management and Development Fellow at We Speak Science. As a recent graduate student he received his ALM in Sustainability and Environmental Management from Harvard University’s Extension School. Prior to graduating he interned as a research assistant at the Columbia Business School’s Institute for Tele-Information (CITI). Ramel also volunteered as a lead educator at Columbia Impact, teaching adults math in order to pass the TSAC (formerly known as GED). Ramel previously acted as Chief Financial Officer for UniPro, a high social impact Filipino American educational nonprofit, which he cofounded. Currently as a trustee for Unipro, he enjoys watching his organization grow and flourish in accomplishments and stature.

Ramel has over 10 years of leadership experience from being a collegiate club President to participating and leading organizations on both the domestic and national levels. At Harvard he was active in two student organizations as a Senator for the Harvard Graduate and Professional Student Government and Vice President for the Harvard Extension Student Association. He has many years of experience in logistics, event planning, and both organizational and community development. Ramel enjoys and excels in strategy, organizing, and executing objectives.