We Speak Science (WSS) is a non-profit science education institute, established in 2014 by Dr. Detina Zalli (Harvard University) and Dr. Argita Zalli (Imperial College London). Its mission is to enhance science education in developing neighborhoods throughout the world whereby science education is severely lacking. A competition for the best space project launched by WSS took place in March 2022.An open worldwide call resulted in 320 submissions from undergraduate and high school students from all over the world, among these, the USA, UK, Italy, Macedonia, France, Greece, Finland, Netherlands, Albania, and Kosovo.
The posters were judged and selected by an international panel of scientists and lecturers from leading institutions including the University of Cambridge, Kings College London, and Harvard University.
Although the level of the participants was very high and all groups involved developed and delivered excellent space videos, the scientific work of the high school “Hekuran Maneku” students from Patos,  Albania,  stood out.
\ 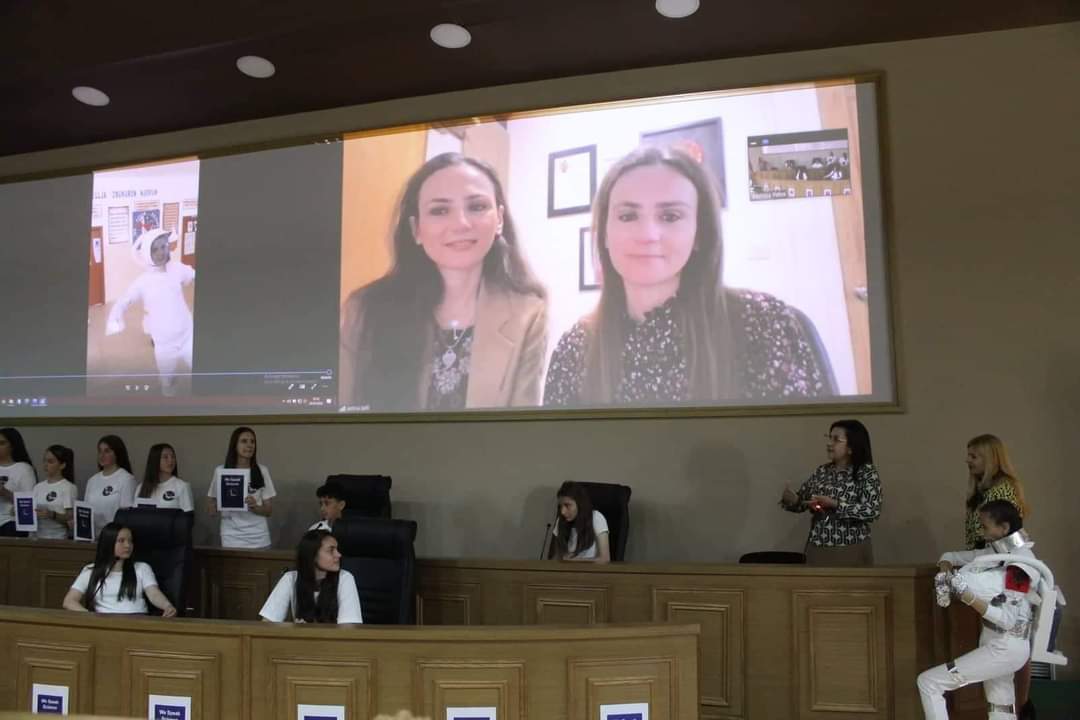 This image shows the moment when Dr. Argita Zalli & Dr. Detina Zalli announced the result of the competition.
In the project “Human Space Travel: Understanding the Red Risks” The group was led by  Mrs. Marinela Koliçi (the school director)  in collaboration with Mrs. Lorena Kaçi, Mr. Viktor Mesutaj, Mrs. Dhurata Serjanaj, Mr. Enrik Fejzulla, Mrs. Elisabeta Seferi, Ms. Alida Shkurti, and Mrs. Nertilda Bici.
Other group members included students: Xhesiana Adushaj, Aleks Xhemalaj, Zerina Hysenaj, Pamela Behari, Adela Behari, Sokol Baxhia, Sara Dedgjoni, Sibora Ballaj, Anxhela Skëndaj, Julinda Myftaraj, Shakira Ballaj, Arjon Tiku, Uejda Manaj, Niko Qose, and Era Jemini
Mrs. Marinela Koliçi explained: This project, was created by the WSS organization and evaluated by world-class scientists with the aim of inspiring the new generation of students with Science in Space and to pursue STEM, while also discovering and developing hidden talents in STEM.
The project aimed at presenting the risks related to space flights including the physical and biological effects the human body undergoes but also focused on a deeper understanding of how to reduce the risks of long-distance flights.
One particular element that added value to this project was the design and the making of astronaut’s outfits using recyclable materials.
When our school “Hekuran Maneku” was offered this opportunity by Dr. Argita and Dr. Detina, our initial thoughts were that we were endeavoring into something that might not be accomplished, but the persistence, the passion and the willingness of the students to engage in something different, encouraged myself and my colleagues to move forward.  This was a marvelous dream turned into reality, for this was what I was looking at in the eyes of our students.
I congratulated them for this success as they demonstrated that when you put will, passion, and persistence to achieve the objective, any difficulty can be overcome.
Thank you also to all the “Hekuran Maneku” colleagues that guided and assisted the students in the implementation of this project.
A special thank you and gratitude go to “We Speak Science” an organization chaired by the successful scientists Dr. Detina Zalli and Dr. Argita Zalli, who are also former students at this school and the pride of the entire nation. They directed this initiative, motivated, trained, and guided us to achieve this success.  The images below show the production process and final works developed by students and teachers. 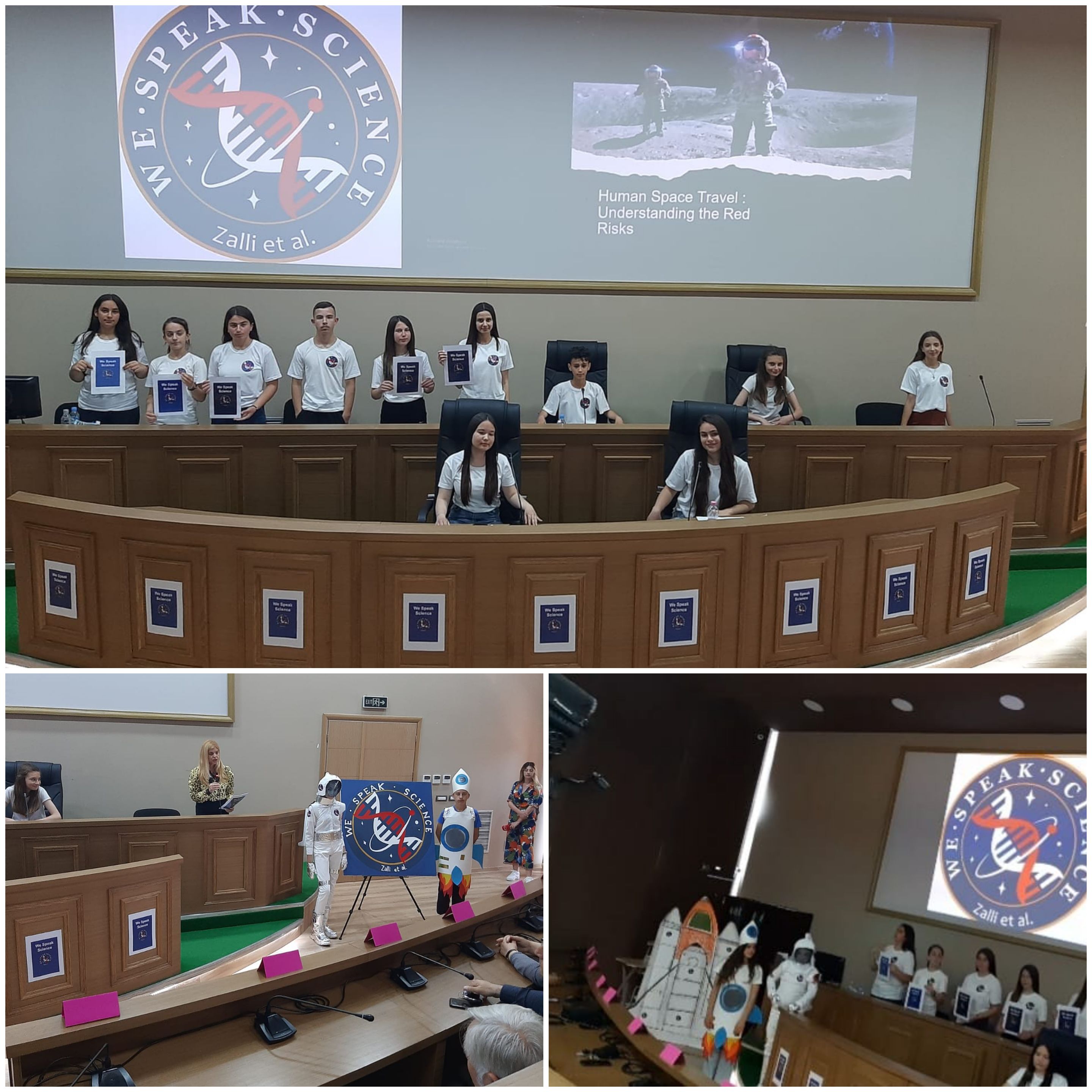 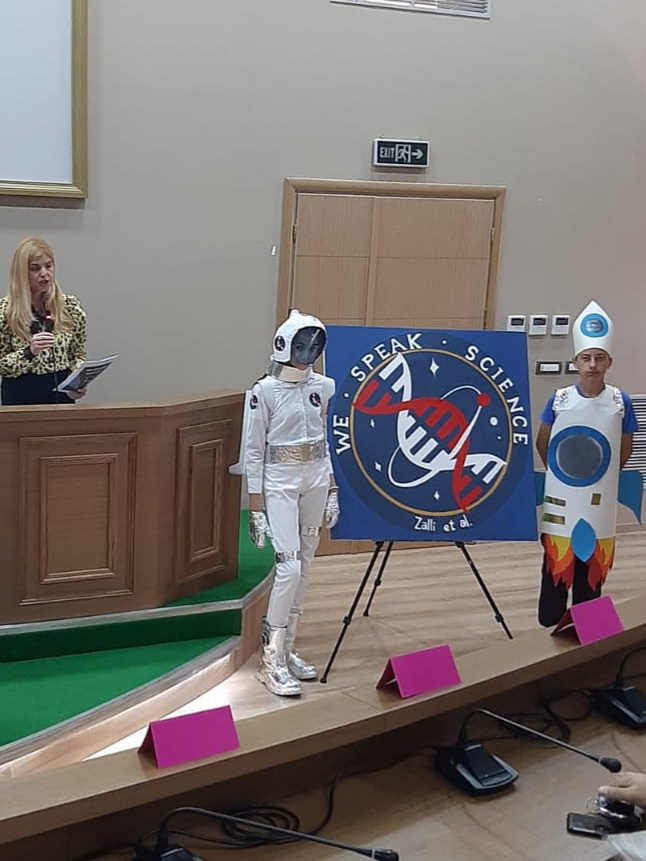 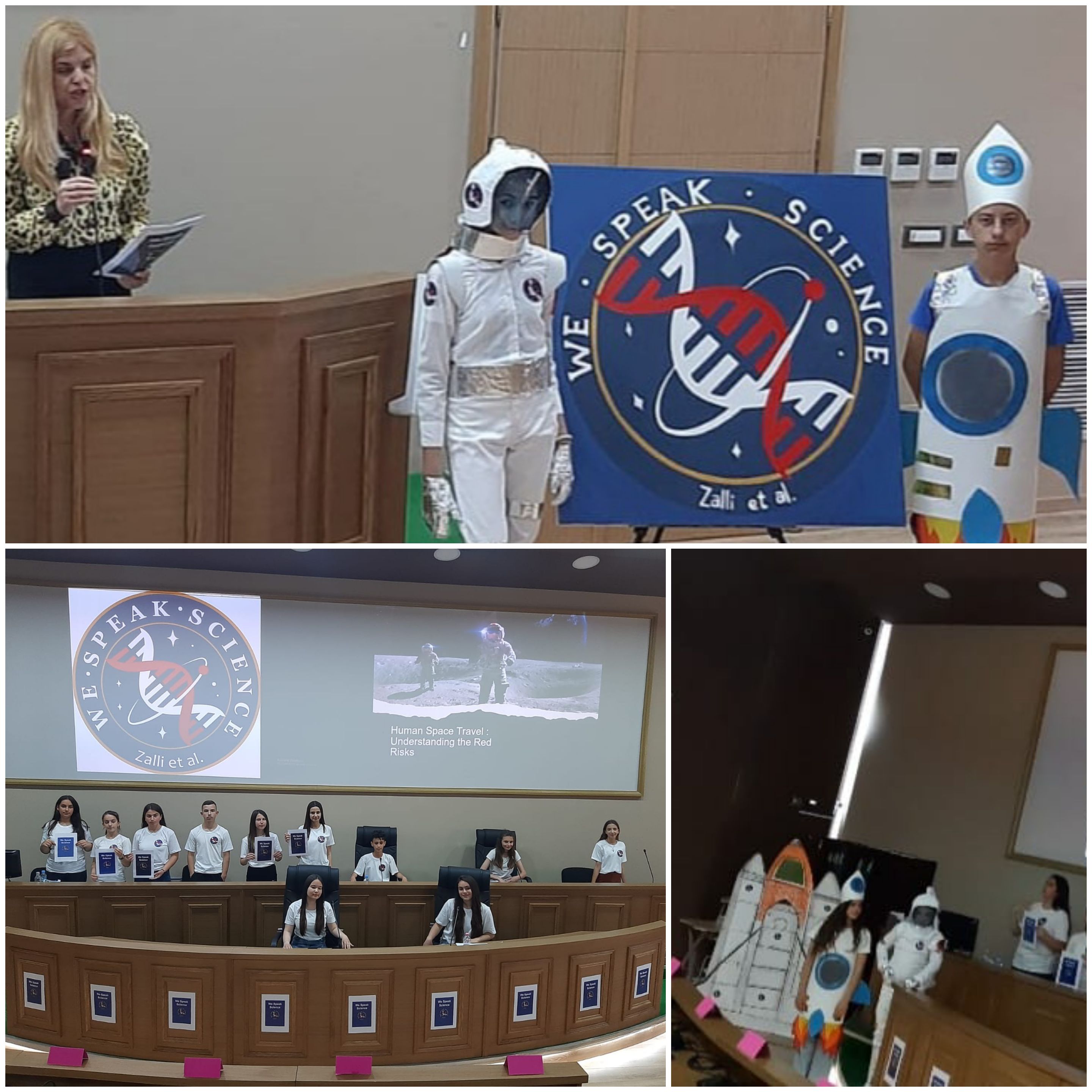 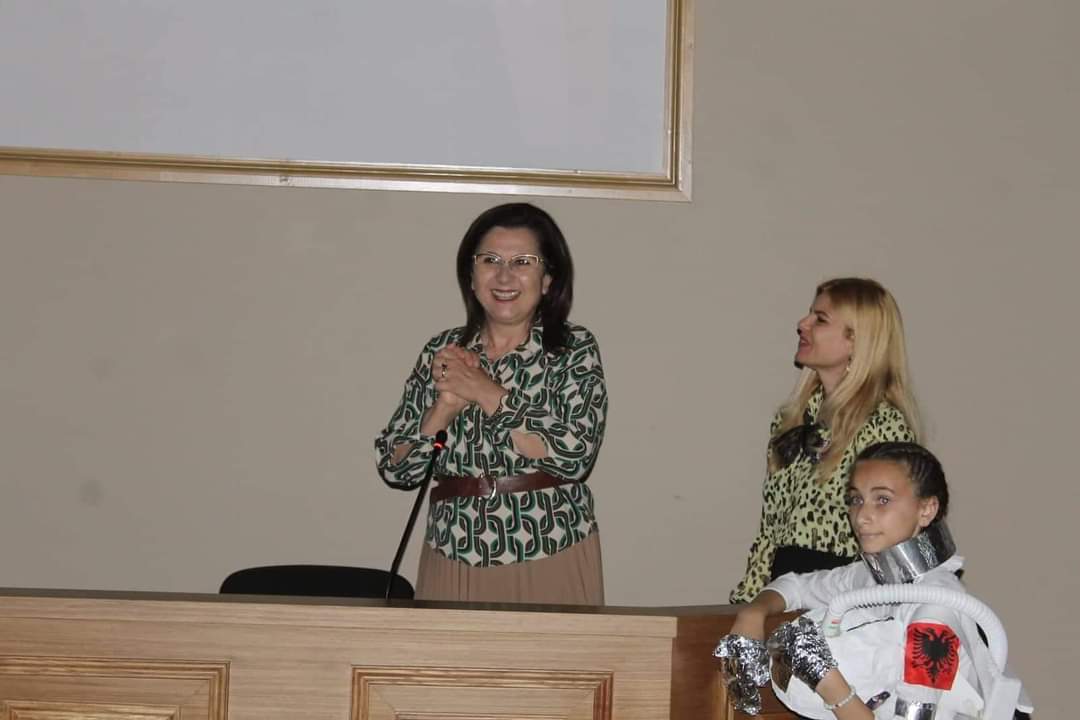 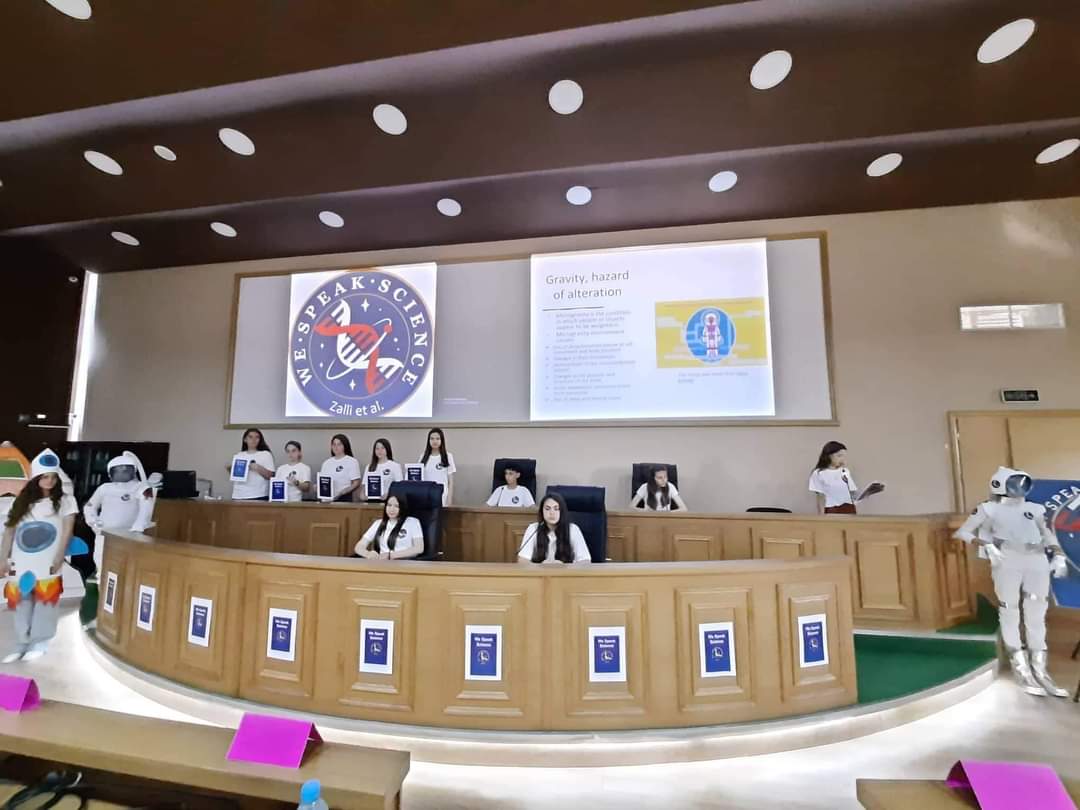 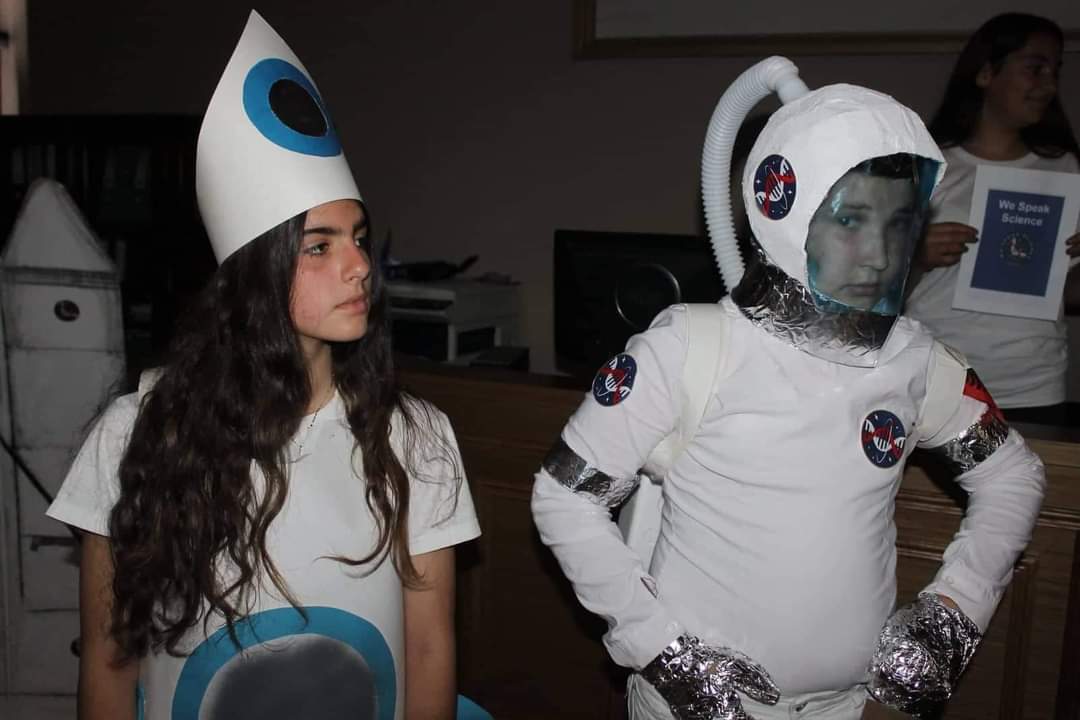 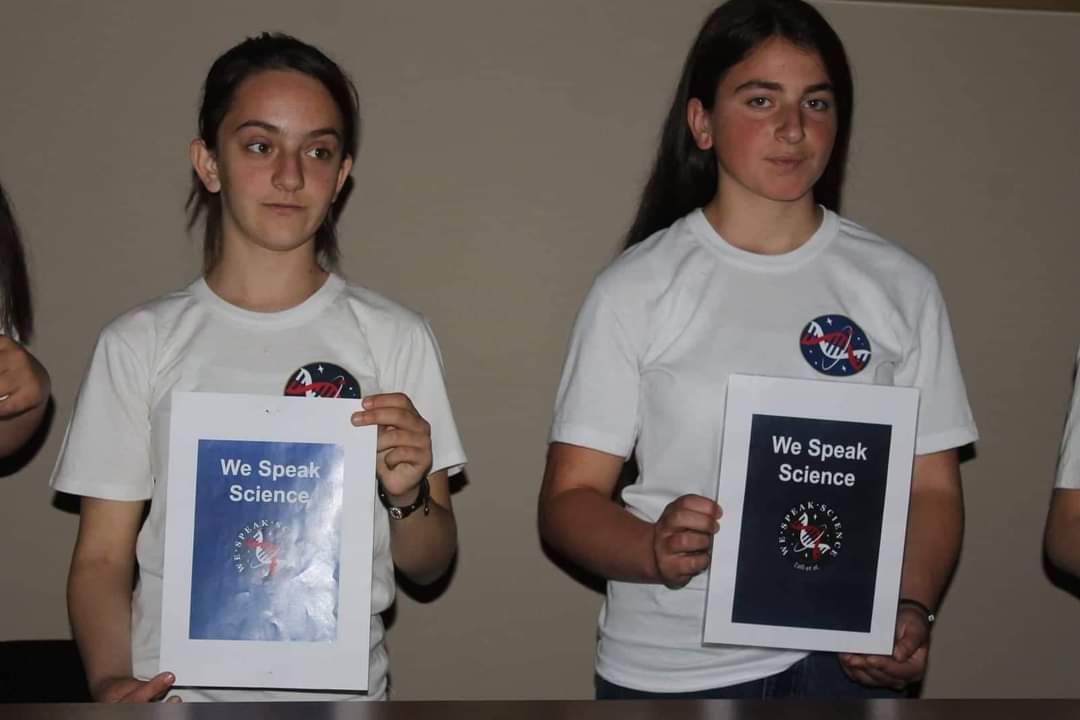 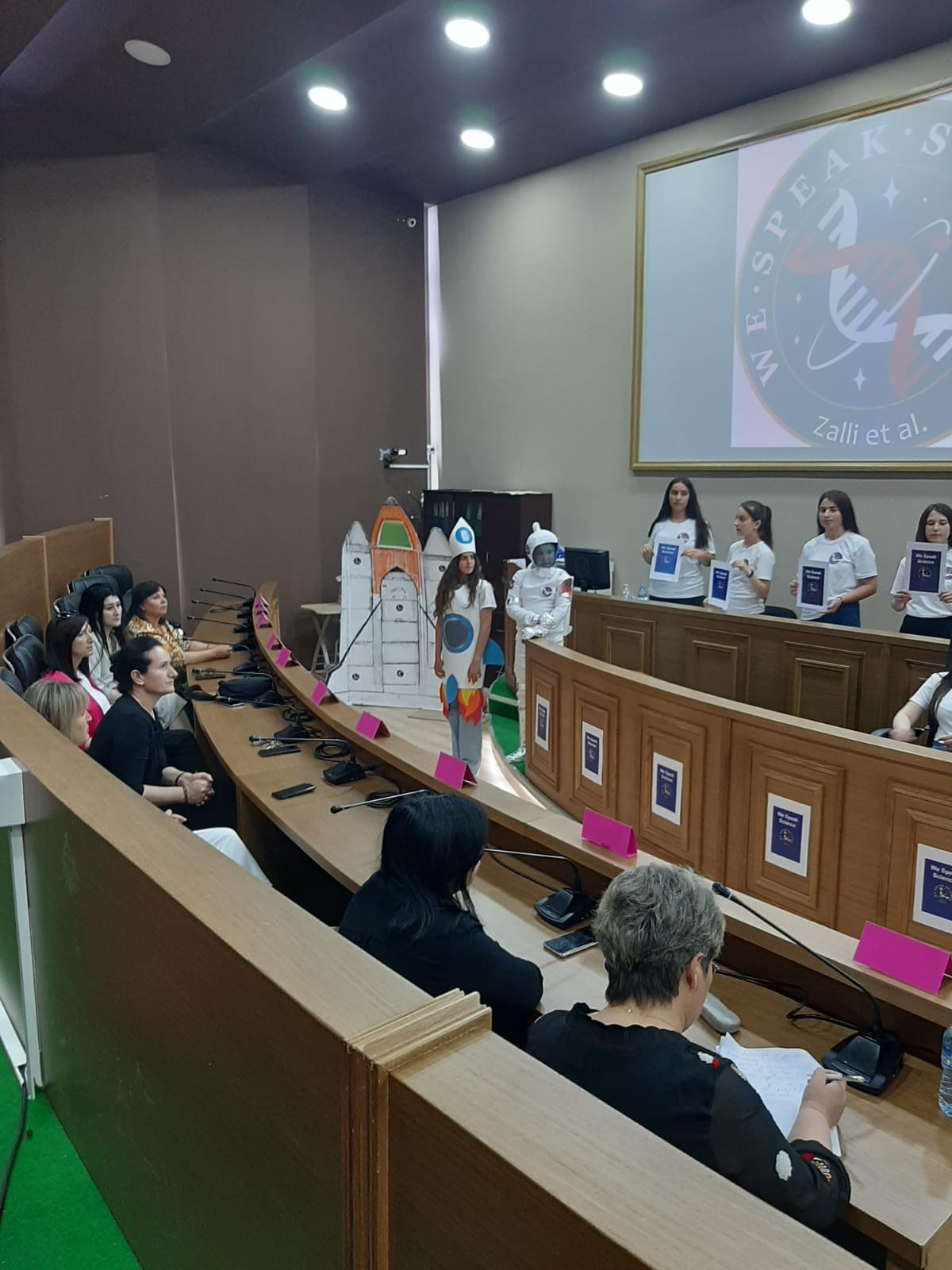 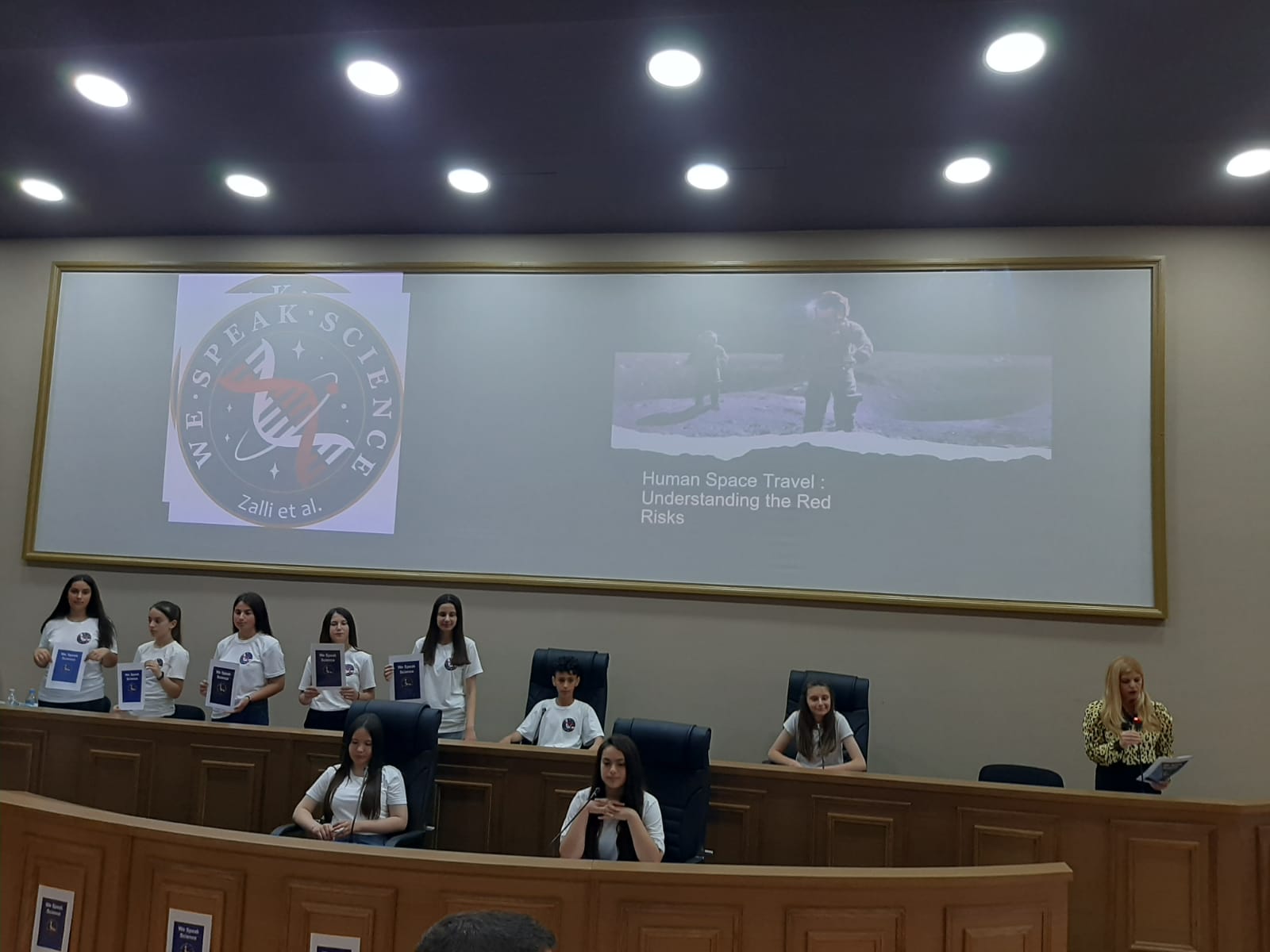 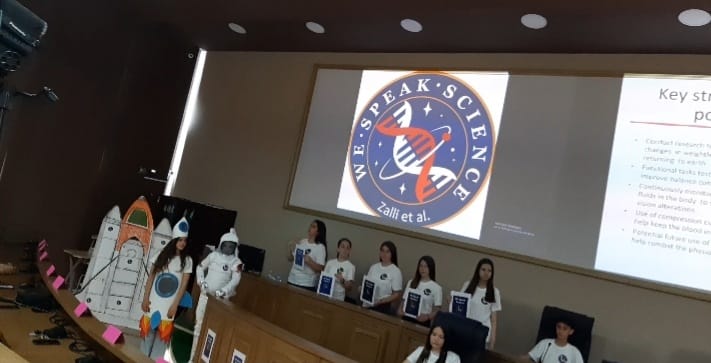 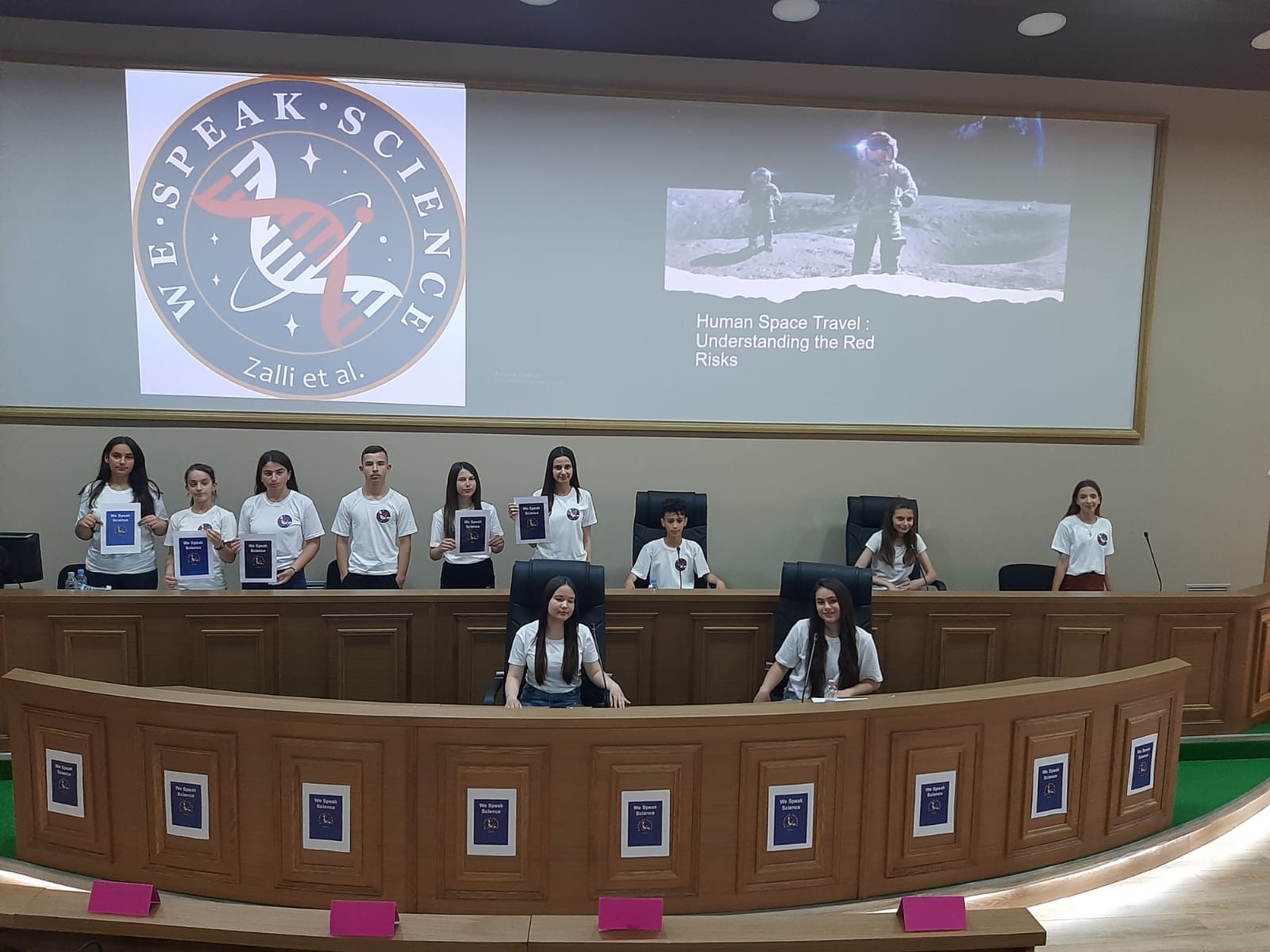 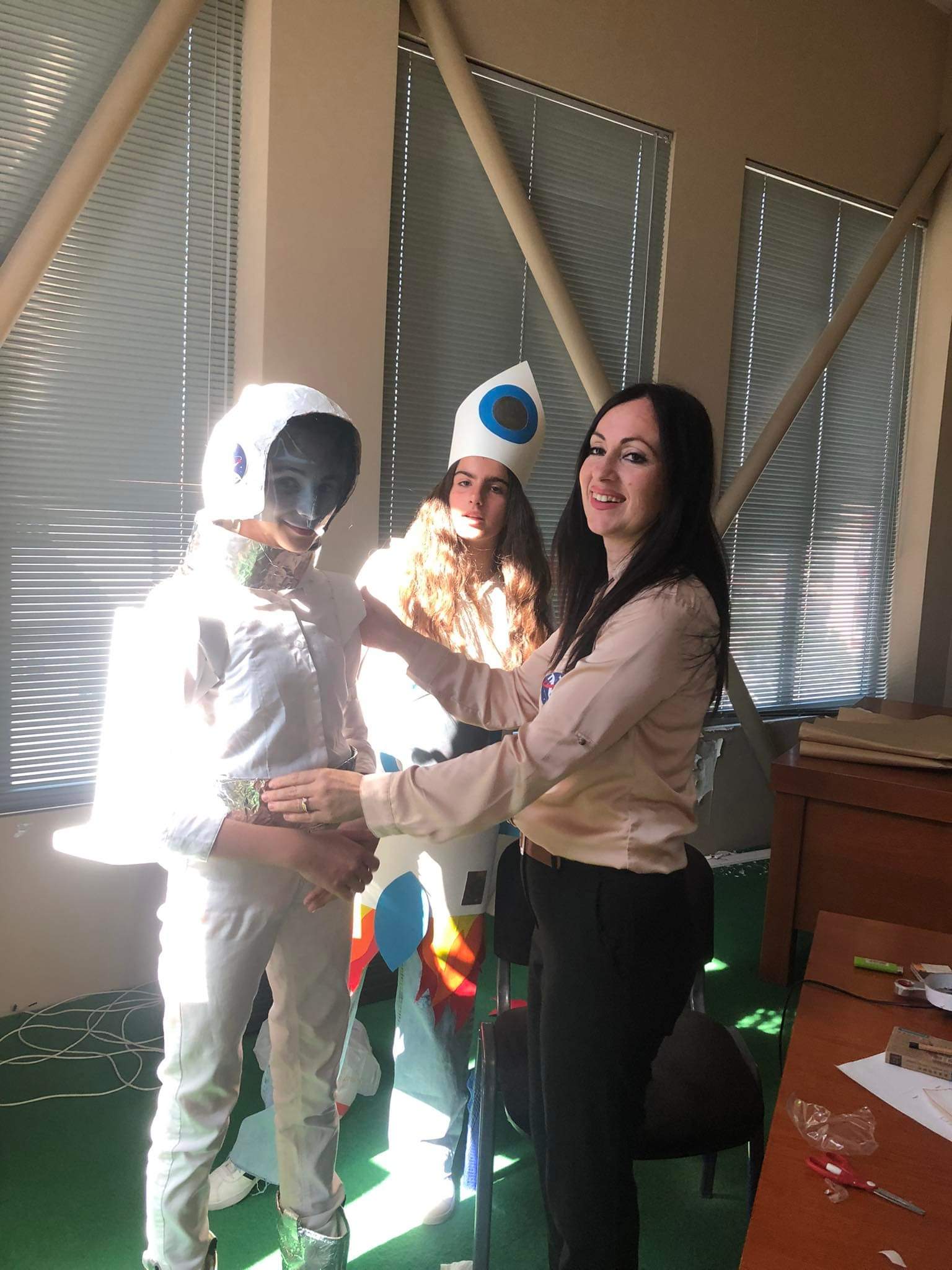 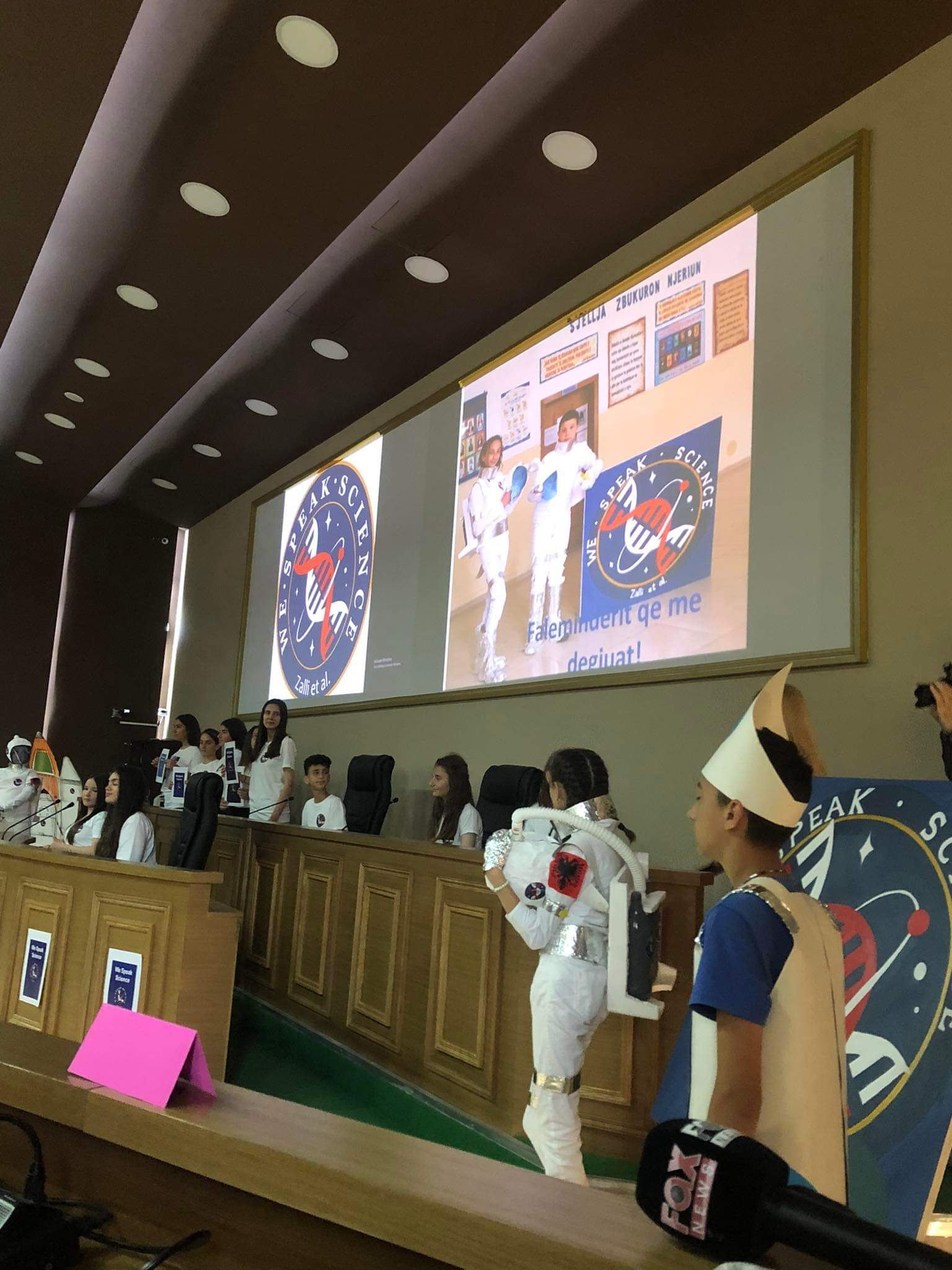 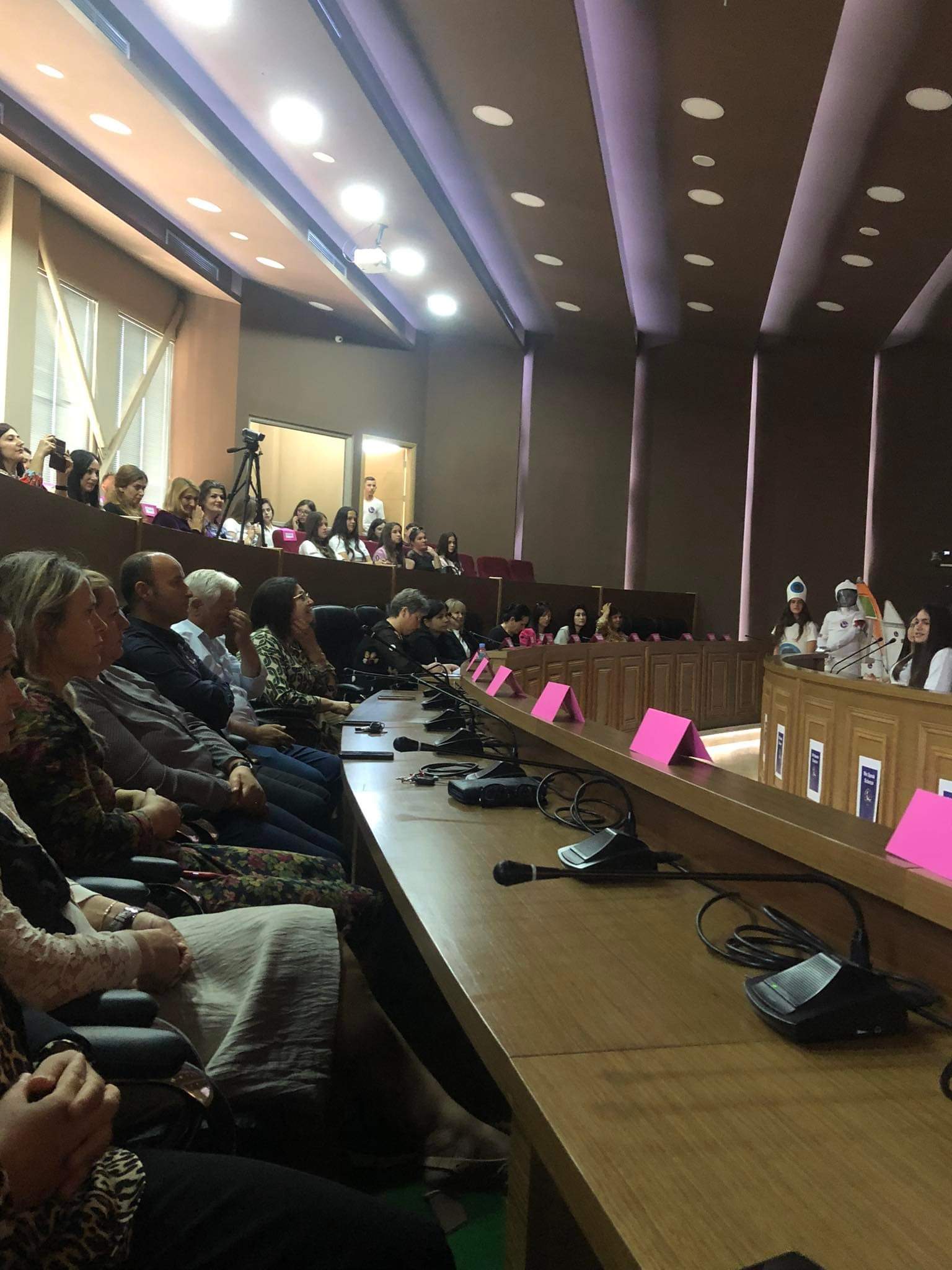 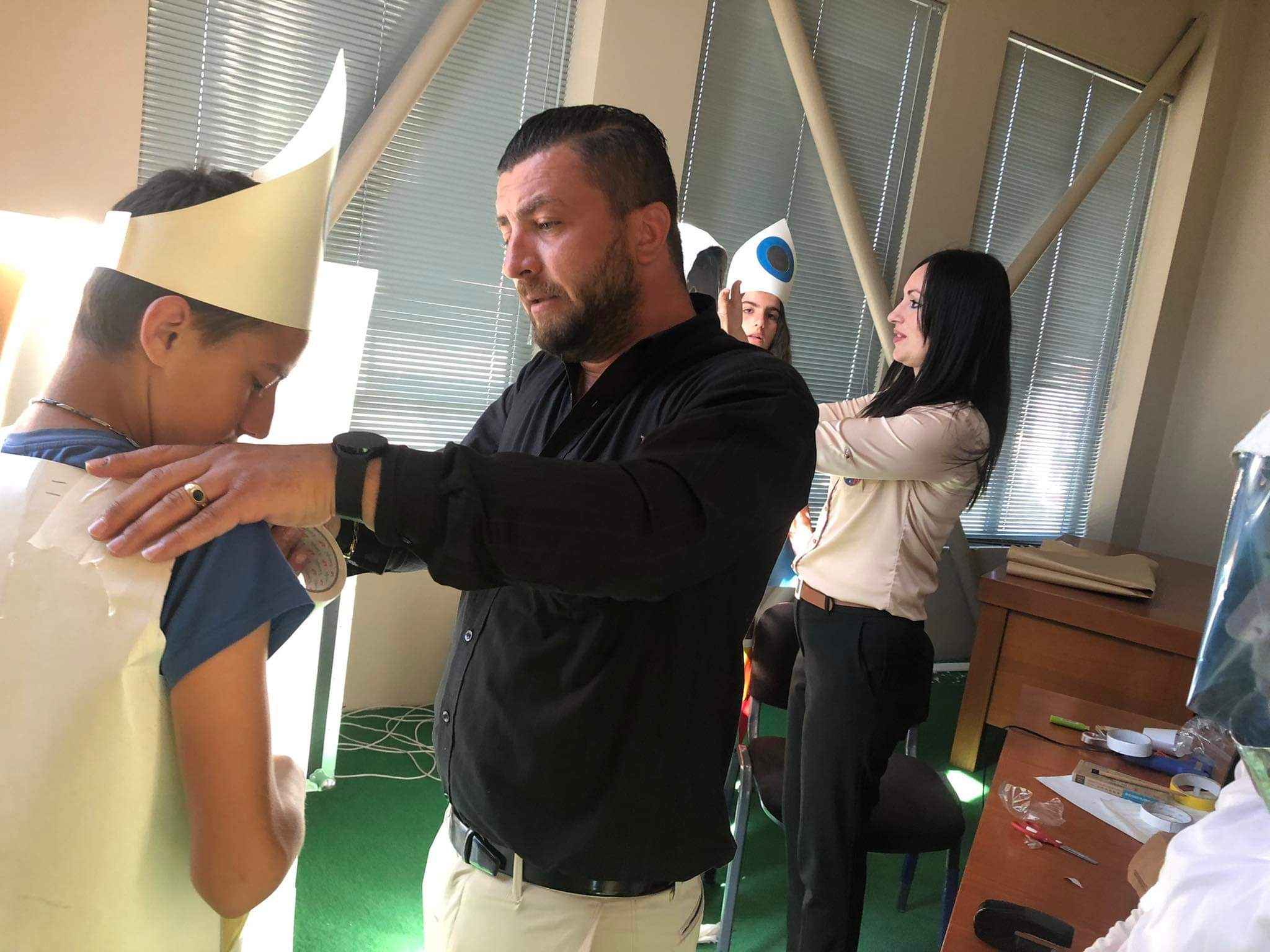 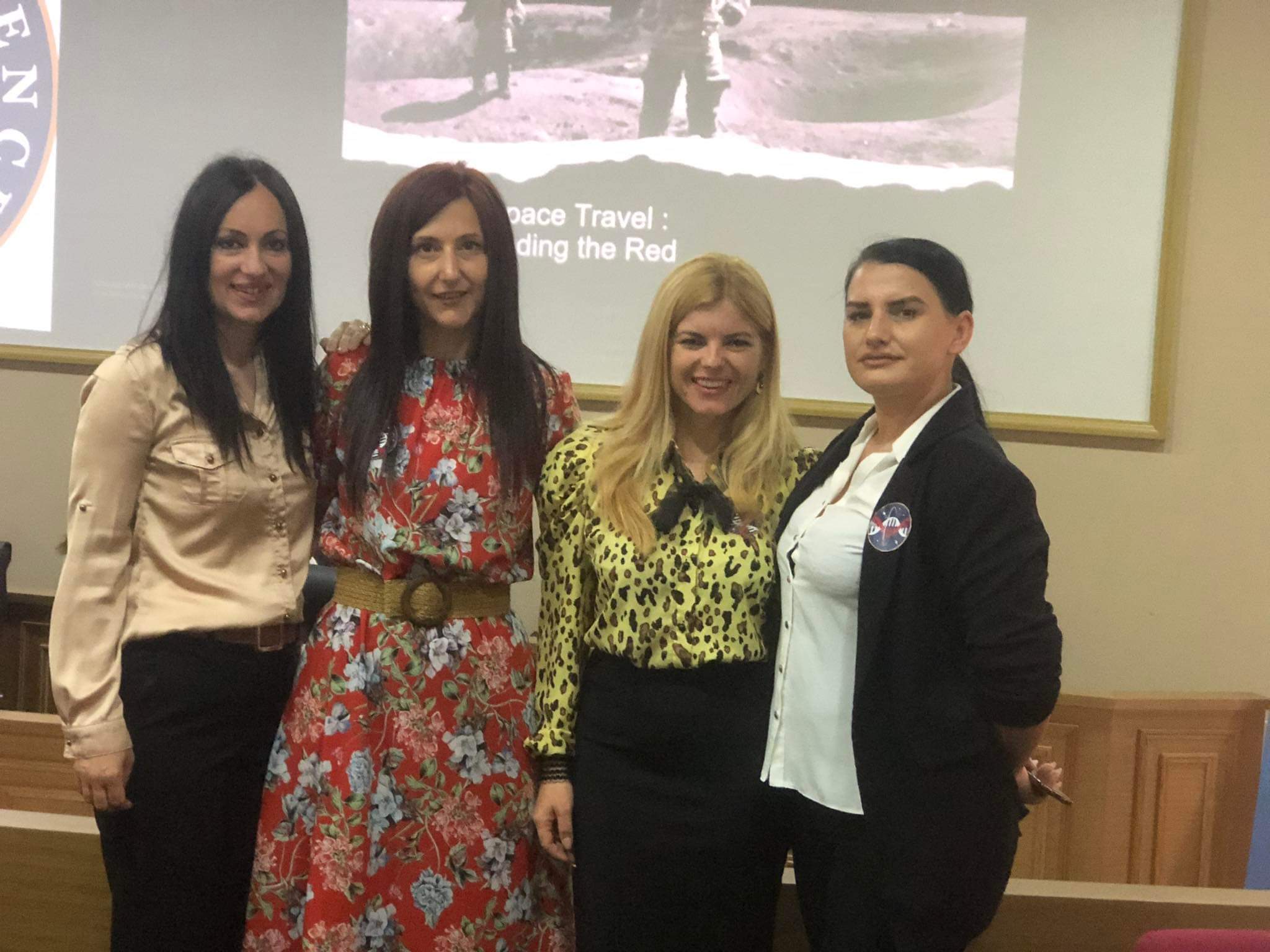 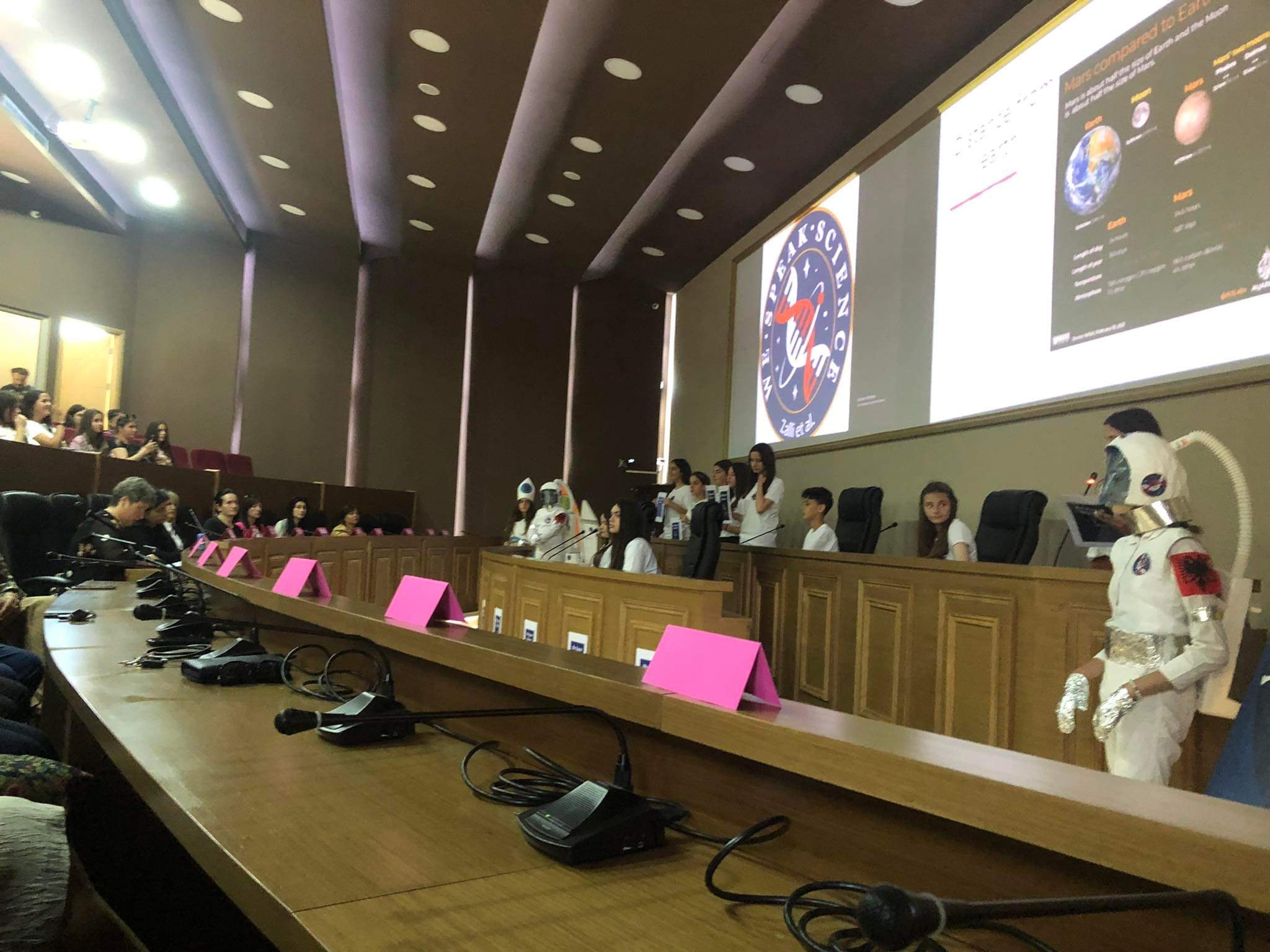