Activity description:  Students of the We Speak Science Academy participated in this activity by preparing different 3D projects in various scientific subjects like Geography, Physics, etc. All projects were built in 3D structures.
The following photos illustrate our students’ presentations: 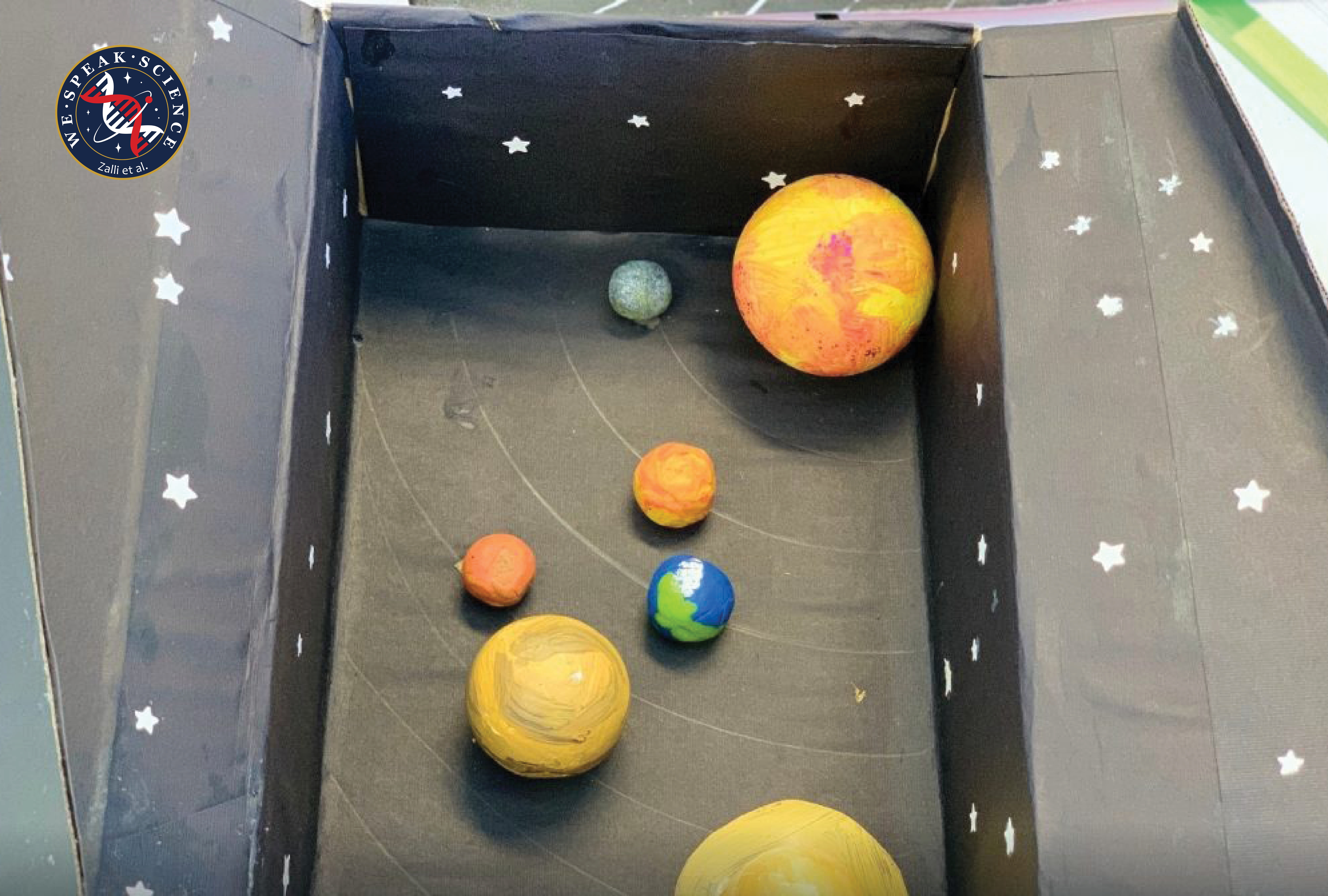 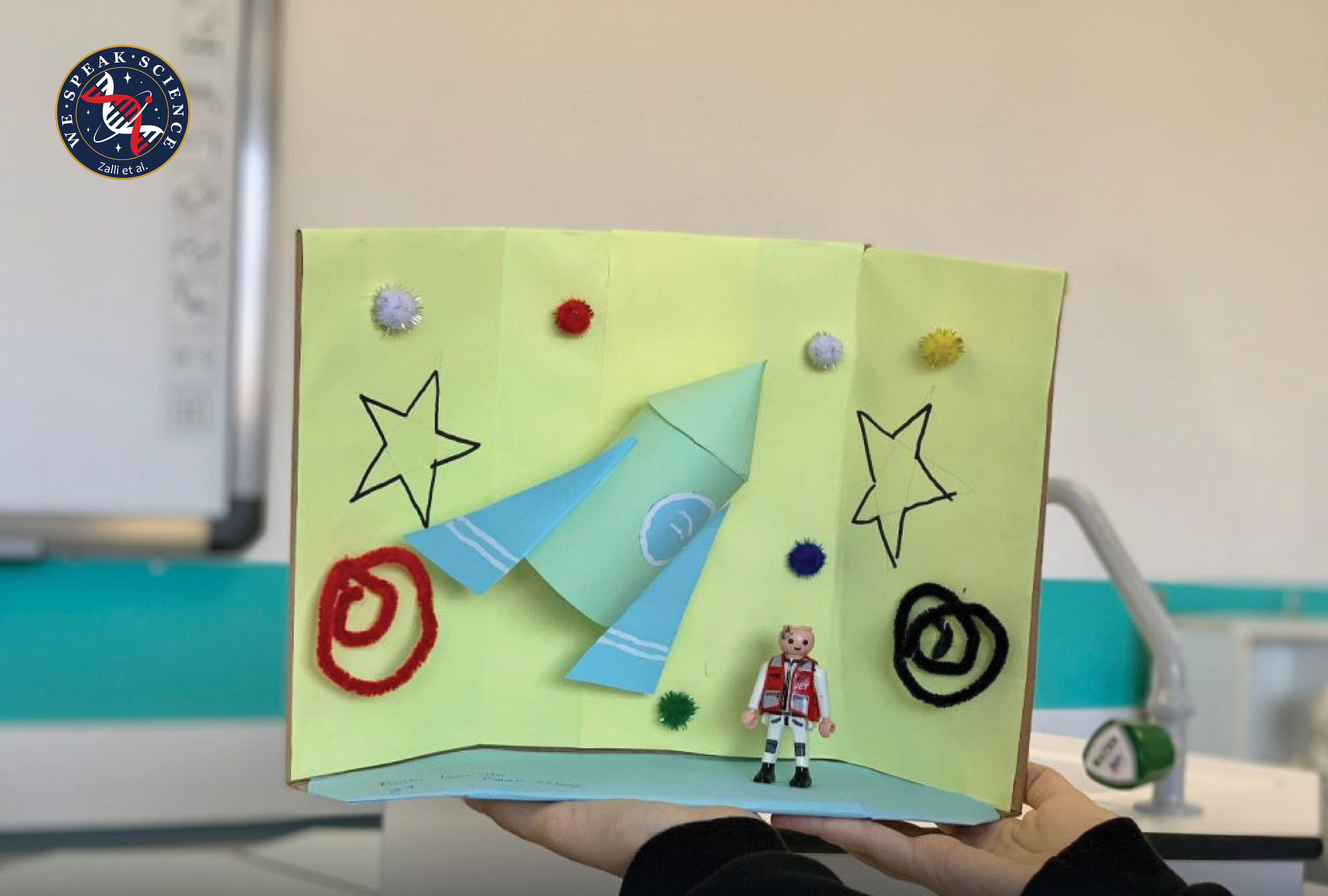 Fig.2 Shows a 3D model of a rocket that is flying through the space. Students used a soda can and cardboard to make the rocket, and a Lego piece for the astronaut. 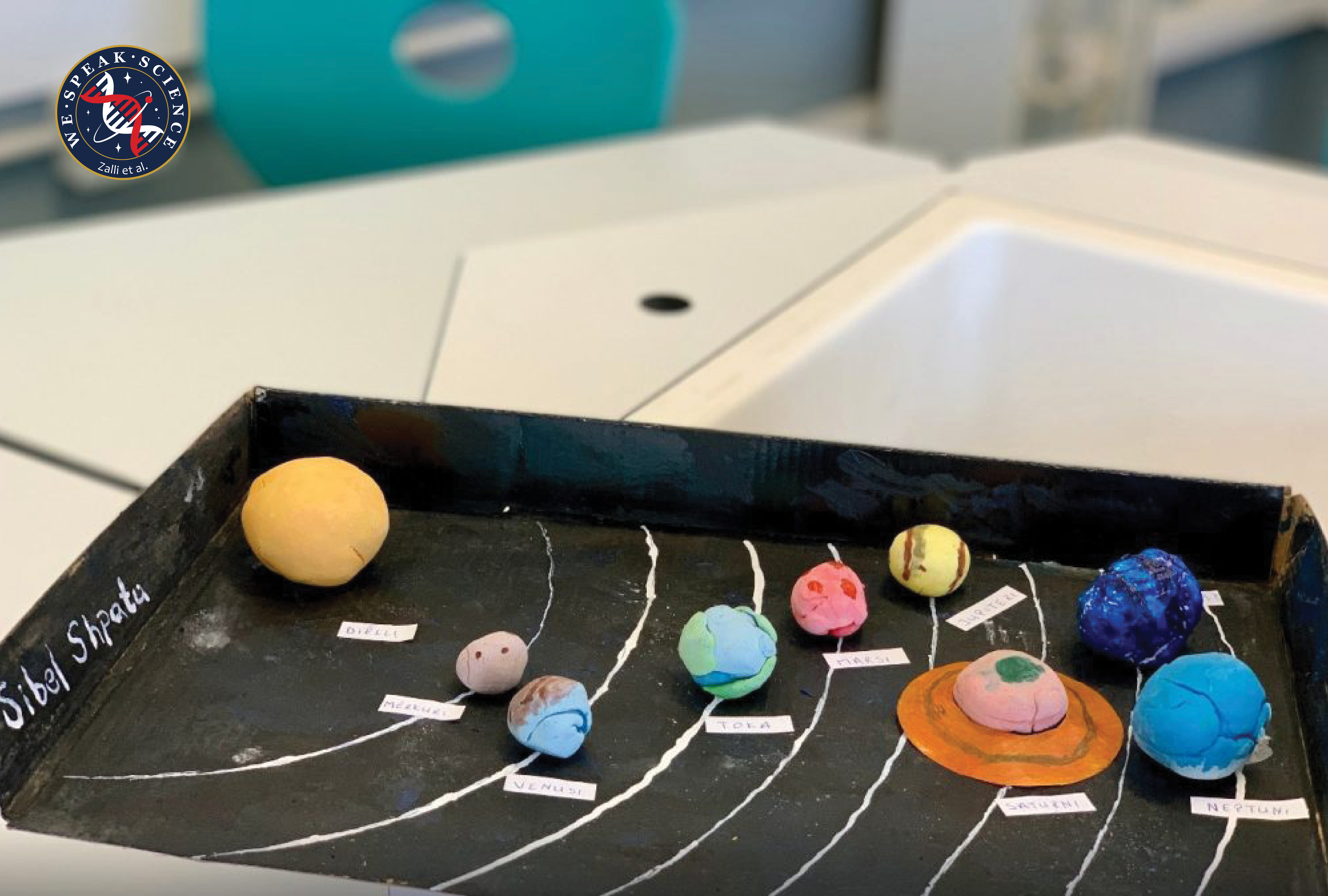 Fig.3 Shows a 3D model of our solar system which consists of our stars, the Sun, and everything bound to it by gravity. 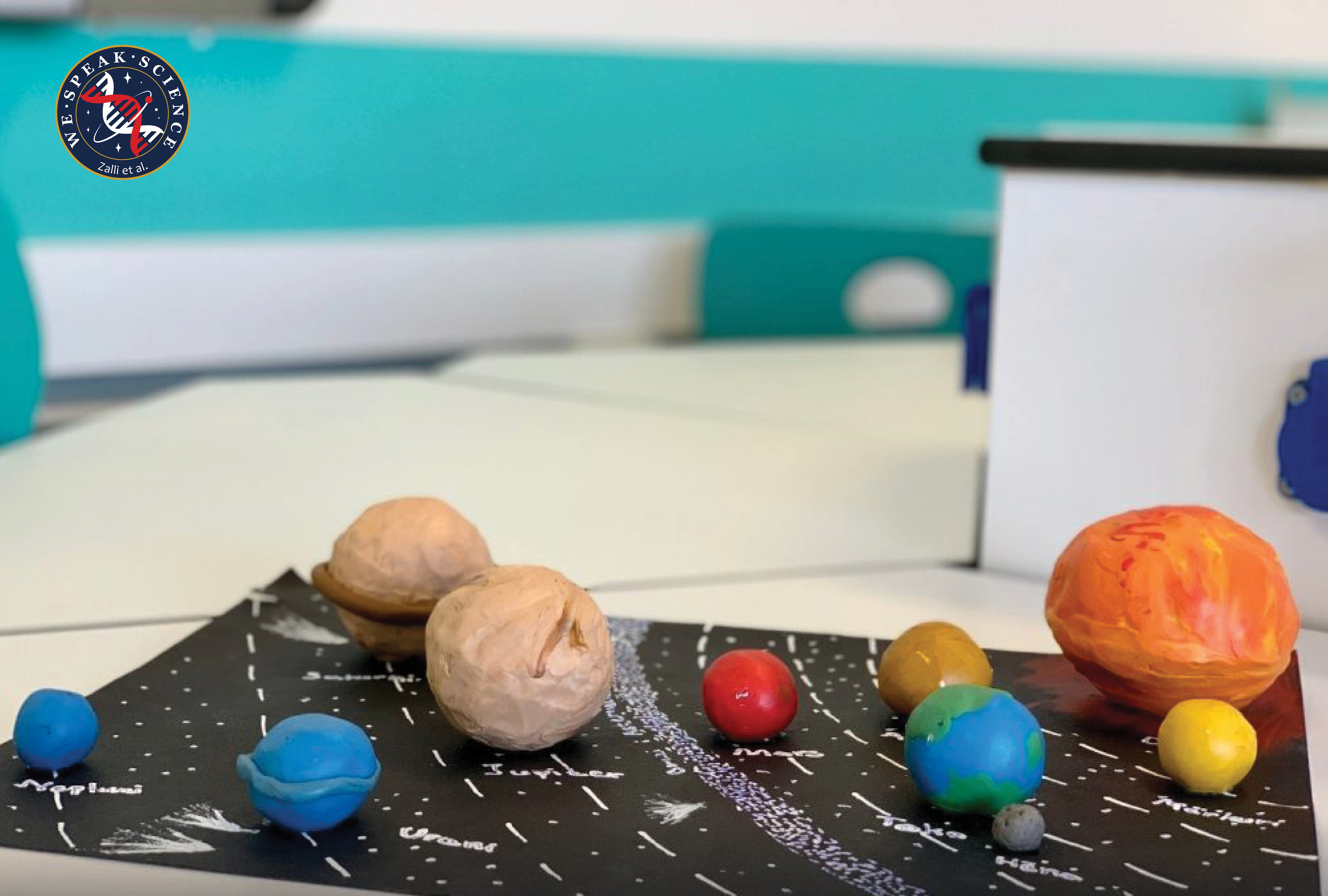 Fig.4 Shows a 3D model of our solar system which consists of our star, the Sun, and everything bound to it by gravity – the planets Mercury, Venus, Earth, Mars, Jupiter, Saturn, Uranus, and Neptune. 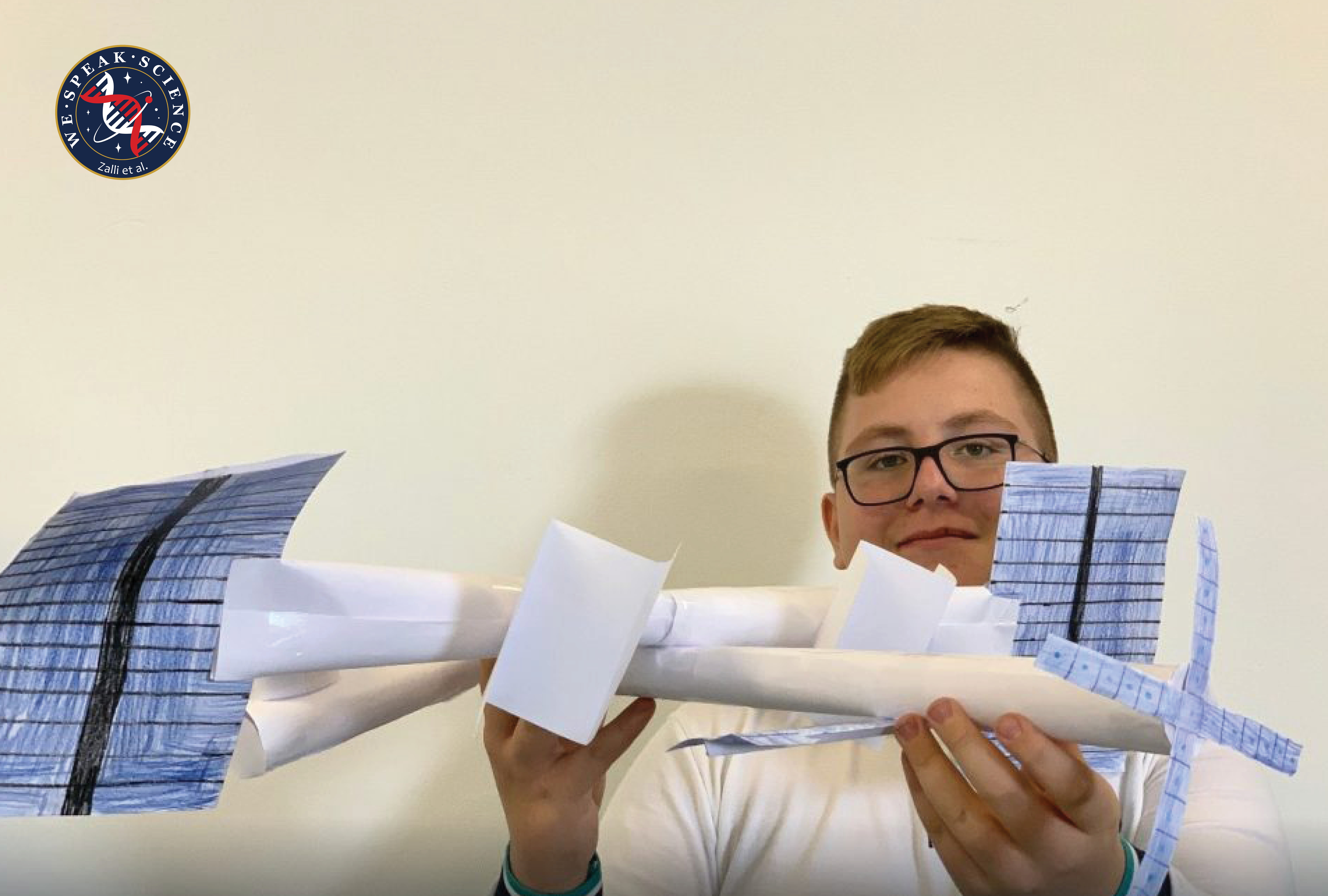 Fig.5 Shows a 3D model of the International Space Station (ISS). The ISS is a modular space station that orbits the Earth and it is used to research many fields related to space. 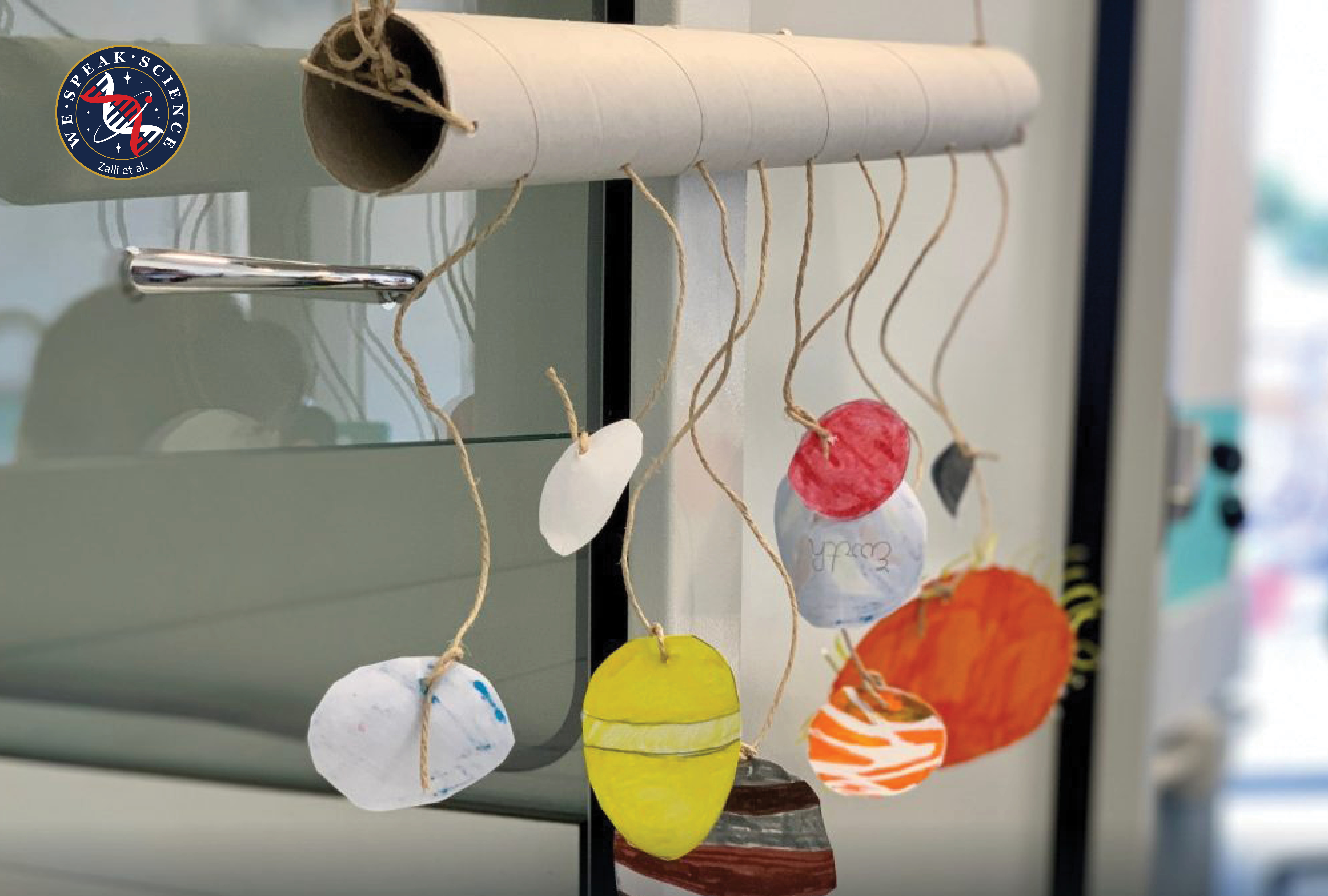 Fig.6 Shows a 3D model of a solar system and all the planets “orbiting” the Sun. The students drew them and put them in the right order to show how the solar system looks like.
Student projects were guided by mentors of The We Speak Science Academy